The Highlands project is directly adjacent to Albemarle’s Silver Peak lithium mine, North Americas only producing lithium operation. Recent positive geophysics results from the detailed gravity, seismic, and Hybrid-Source Audio-Magnetotellurics (HSAMT) surveys identified key subsurface features within the central area of the Highlands property, subsequently triggering the company’s decision to expand the Highlands claims by an additional 400 acres and design the phase one drill program.

The combined results of the comprehensive geophysical survey carried out at Highlands show a subsurface dominated by strongly layered basin-fill units. These highly prospective sedimentary rocks are interpreted to be claystones, mudstones and volcanic beds which have accumulated in a series of fault-bounded basins underlying the property.

“We are extremely pleased to have commenced the very first drill program on our highly promising Highlands lithium project,” said Mr. David Ryan, Scotch Creek’s CEO. “This is the first detailed exploration program within the Western portion of the Clayton Valley. The exploration goals are to drill a large diameter core, through well-layered sequences of basin fill stratigraphy, as seen in our previously collected seismic data. The collected core and groundwater samples will then be logged and assayed with the prospect of discovering a significant lithium deposit.”

Key Highlights of the Phase I Drill Program 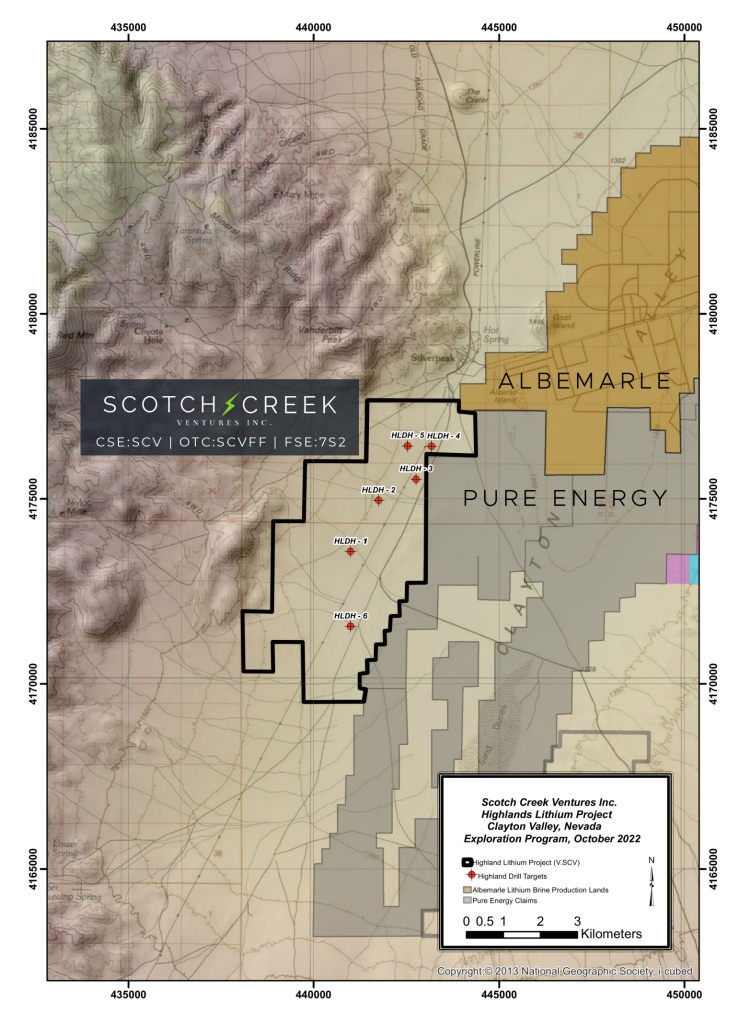 Scotch Creek’s Qualified Person, Mr. Robert D. Marvin, commented, “Our seismic data to date shows that flat lying to structurally tilted and warped well-layered units are covered with recent gravels being shed off from the Silver Peak Range and to the West of the Clayton basin. The cover gravels are less than 300 feet thick based on the interpretation of the seismic data. The drill targets we have identified lie within the interpreted evaporative basin-fill sediments lying below these surface gravels, at depths ranging from 300 to 1700 feet below the surface. The planned boreholes have numerous targets, including thick packages containing dozens of sharp reflectors over intervals of 500 to 700 feet. This exploration will allow the Scotch Creek team to examine and sample the drill cores and test the groundwater in detail.” 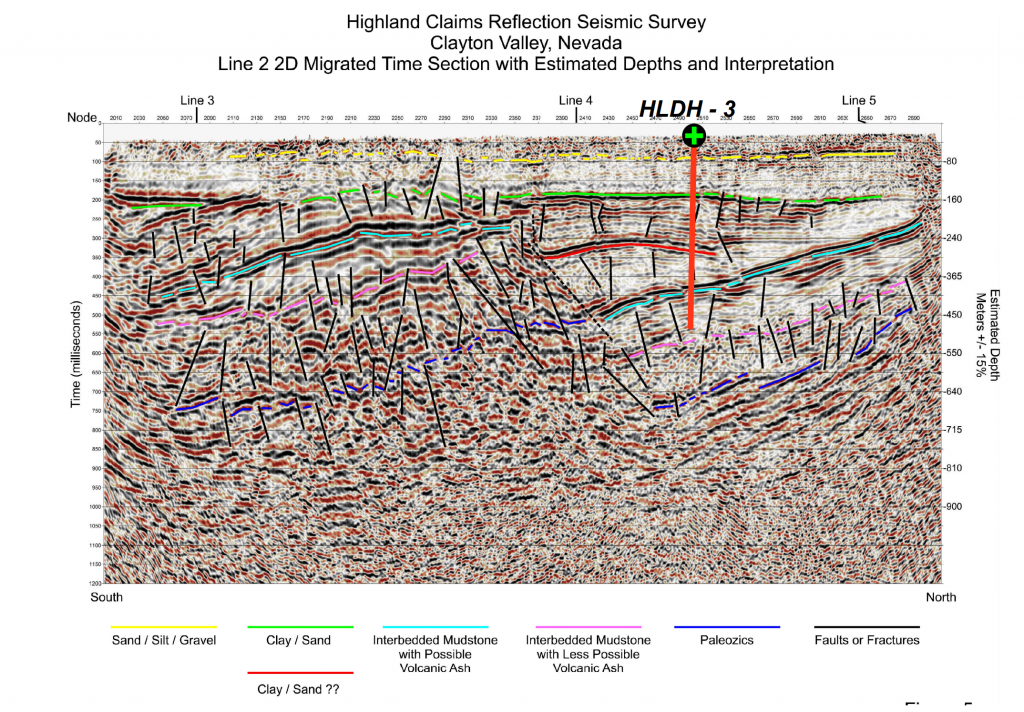 Highlands West is Scotch Creek’s flagship Clayton Valley lithium project. The project spans 318 placer claims, totaling 6,360 acres, and is located on the southeast side of southern Clayton Valley. The property can be accessed by paved roads from Tonopah and Goldfield as well by the paved state route 265 through Silver Peak, the only active lithium brine mine in the basin and North America.

The Clayton Valley is a lithium brine district hosted within the Esmeralda Formation, a sequence of lake basin-fill rocks that contain zones of volcanic ash-rich stratigraphy and salty evaporite units. Regionally, these Esmeralda rocks are of late Miocene to early Pleistocene age, in the range of 1 million to 5 million years before present. The Albemarle brine production field at Clayton is sourced from weakly to non-lithified volcanic ash horizons which have high porosity

Scotch Creek would like to invite investors and stakeholders to connect with our investor relations team or visit our website to sign-up to receive regular updates and news alerts.

On behalf of the Board of Directors

Further information about the Company is available on our website at www.scotch-creek.com or under our profile on SEDAR at www.sedar.com, and on the CSE website at www.thecse.com.

The CSE has not reviewed and does not accept responsibility for the accuracy or adequacy of this release.